Life has reared its ugly head once again. Vindo is completed, and we have moved on to bigger and better things in life. Theodore has taken a job, I’ve moved (and taken a job) and Vindo languishes unused in some corner of the internet like so much open-source software. It never made it to the Mac App Store due to Apple’s restrictions, but I’m told that it could be coming at some point though this seems unlikely. I finally built the computer I wanted, and Theodore has been coding like the world’s gonna end on his MacBook. I’ve been dabbling in hashing (MD5, no salts yet) and Theodore is doing stuff so far above my paygrade I can’t even begin to understand it haha. Slack is still a go-to for us, though, so if you’re a Vindo user you know what to do.

I’m baaaaaack! It’s Labor Day in the United States of America, and true to my rebellious streak both Theodore and I are hard at work on various sections of Vindo. Our dreams have expanded (as so often happens, especially among Kickstarters) so due to that and just a little bit of procrastination, its taken longer than anticipated to release a nice final version of Vindo. But hey, the wait’ll be worth it once you see what we’ve done!

All accessible analytics services are out in full force on our website and Theodore has even hand-coded a special analytics service for the actual Vindo app that reports users’ IPs and which programs they have installed (we love data, and seeing what people are installing helps us know what programs are in demand thus helping us respond more accurately to the needs of our users. Because let’s be honest, who’s really gonna send us daily reports on what they need?) So far we’ve seen people install Rocket League and Steam, but hopefully we’ll get more once we start our ad campaign… which brings me to my next point.

Ya remember that last blog post where I was sad about not having done more to further Vindo’s development? Well, I take that back now :) I’ve been working on two short videos for Vindo, one to put on the site as a quickie demo of how easy it is to install Steam, and one little ad spot that we’ll put on YouTube, just to spread the word. It’s about 5-10 seconds long (I’m actually in the middle of producing it now so I don’t have an exact time) and we’ll use Google’s AdWords for Video to get it seen. I can’t wait to see the responses to the ad! We have a web analytics service on our site called Inspectlet running that shows redirects and actually logs heatmaps, scroll tracking, and more so that we can see how users browse our site. I’m super excited to see the kind of effect my ad has on our site traffic!

On Theodore’s side, he’s hard at work integrating a chat service directly into the Vindo app, so that our users can chat us directly and we can respond. It’s going to be integrated into the Slack API, so that we can interact with it directly from Slack on desktop (for when we’re working) and Slack for iOS (for every other time). Am I worried it’ll cut into my personal life? Pssh nah, I don’t mind giving tech support in class :)

That’s all for now, but stay tuned because I’m told Theodore just pushed a non-beta version of Vindo 1.0!

When You Know You're Ready

Knowing Vindo is ready has taken us a long time. It seems like just a month ago that Theodore and I were walking in the park, discussing how cool Wine is and lamenting the fact that there were no good free wrappers for it. I don’t remember who originally had the idea to code one from scratch (probably Theodore), but it was a good idea. This project has taken us waaaay farther than I thought it would, and it’s just kept getting bigger and bigger like a well-funded Kickstarter needing stretch goals. Well, now we’re done. I’m a bit sad that I haven’t been contributing more to this project, but as we all know, Theodore is the one who knows how to code. And me? Not so much. All the same, I feel slightly inadequate when I look at this finished, beautiful product and realize that the only thing I made was the file icon.

But we’re done. We’ve worked long and hard on this (mostly him) and I know that even if nobody uses it, it will still be something we’ve learned from and something both of us can put on our resumes. ;)

So, without further ado, I’d like to announce that Vindo 1.0 is coming to your computer very, very soon.

Vindo 1.0 is very nearly finished. I found a workaround for the bug I mentioned in the last blog post, and I got the UI design finished:

And, as you can see from the animated gif, you can drag and drop the icons to rearrange them. I got rid of the annoying auto-rearranging.

I also made a box similar to the Windows Start > Run box: 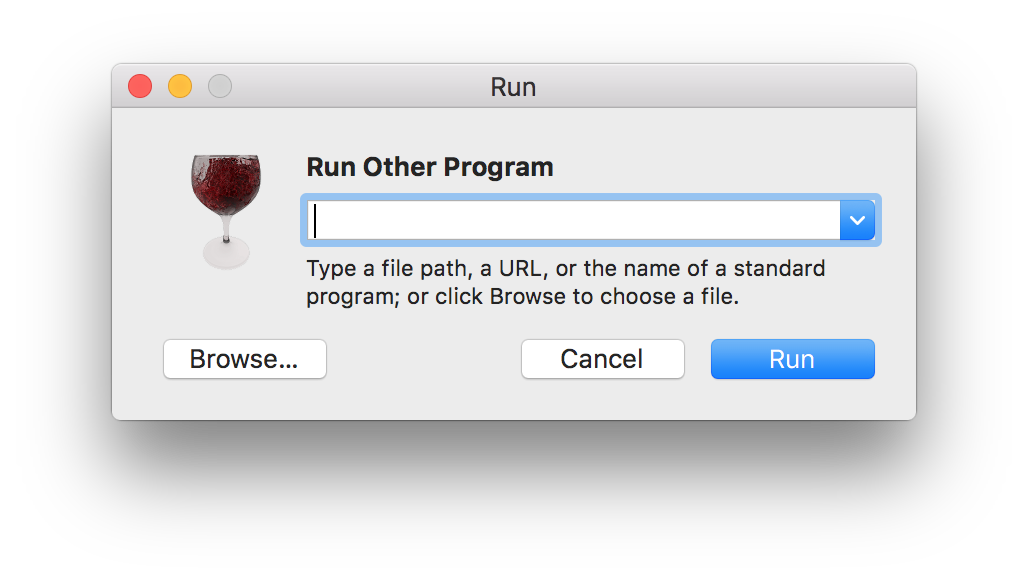 It’s basically for running Minesweeper (type winemine), for that browse button, which lets you choose a file from anywhere in a file choose, and opening URLs in apps (e.g. steam://flushconfig).

Since I last posted here, I’ve made some progress on the redesign. When you install 7-Zip, this happens: 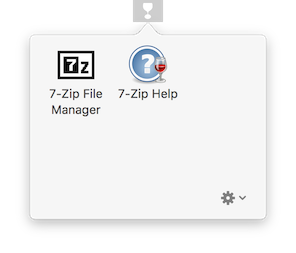 But then this happens:

And then this happens:

Both of these problems defy the laws of computing. The first one is a file copy that failed because the file doesn’t exist, which can’t be true because it’s there when I check just before the copy. The second problem is my program being possessed by something that won’t allow anything to debug it. This is the bigger problem.

I’ve asked on Stack Overflow why this is happening, but I haven’t gotten an answer, even with a 100 reputation bounty. So I submitted a TSI (technical support incident) to Apple DTS (developer technical support), but they’re closed for the holidays. I’ll get a response in 2-3 weeks. During that time, I can’t work on Vindo.

But when I get the problem fixed, I’ll come back to Vindo, and keep working on the redesign. Maybe then someone will read this blog.

I’m working on a UI redesign that will significantly improve the usability of Vindo. It’ll do this primarily by putting the Start menu in the UI, in the form of a popup on the status bar icon. I’ll also add some tooltips/explanatory text to make the UI self-explanatory.

The first thing you’ll notice in the new design is that the menu in the status bar has been replaced with a popover. This is because the main thing you’re going to see when you click on the icon is the start menu, and, even though you might think so, I’m not going to make it an actual menu. It’ll be a nice colorful grid of buttons, like Launchpad, and you can can click on one of them to launch the program. You can also drag them to your Dock.

I’m also planning to put in some explanatory information: 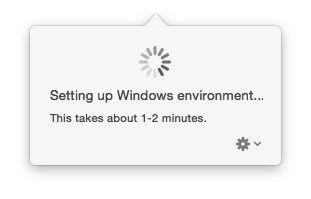 If you’re one of about 2 people in the world who regularly visit this website, you’ll notice a few new things, primarily this blog. The purpose of this blog is to let everyone who might look at this website know that we are still here, live and kicking, and working on Vindo hard as ever. Ling, from LingsCars.com, does this with a Live And Kicking Twitter Feed, complete with an animated chicken browsing the feed.

But I’m not that kind of artist/programmer, so I used the fact that our website’s engine, Jekyll, is “blog-aware” to whip out a blog in about 20 lines of code. Definitely not the most polished blog, as evidenced by the fact that there are no dates, authors, or categories in this blog. That’s in the works.

If you actually decide to read this blog, here are the kinds of things you might see posted:

But we don’t need much else to show that we are here, live and kicking.

How The Icon Was Created

You might think making an icon is easy. You’d be wrong.

When Theodore told me he needed an icon, I knew just what he needed. I decided to draw inspiration from the Wine icon (by using wine as a motif, obviously) but thought that Vindo’s icon could use a little more… flair. I mean, don’t get me wrong, Wine’s icon is nice in a minimalist sort of way; however, I decided I wanted a little more of that realistic-ish liquid sim.

So I pulled up a 3D model of a wine glass I had on hand (believe me, finding the model took some work. I actually made a whole new icon with a different wine glass that you can see in early versions, but we soon discarded.) I pulled up Autodesk Maya and imported my model, using Maya version 2015 because 2015 and later incorporate Autodesk’s proprietary liquid sim tech. I pulled a sweet sim from the wine glass, then made an Alembic cache for importing into Cinema 4D. I textured everything there, then rendered on alpha when I had something good-looking enough to pass Theodore’s litmus test of sorts. Finally, I threw it into Photoshop to tweak the alpha a little bit, and sent it off to Theodore. Hope you like it!